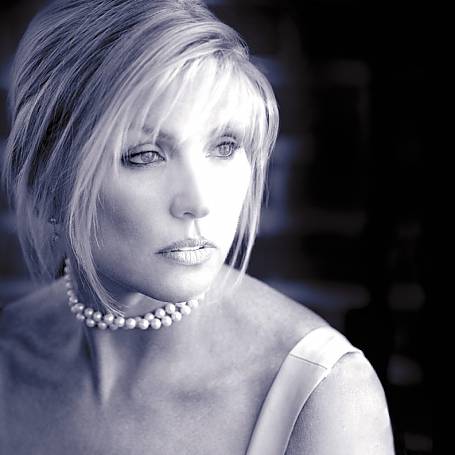 “When I was 5 years old, my mother and I would watch musicals from the 1930’s and 1940's on kinescopes (!)—Fred Astaire & Ginger Rogers, Buzby Berkley films, The Glen Miller Story—there would be a big band with a vocalist featured somewhere in these stories that were driven by the popular music of the time—jazz.  That’s when I knew that one day I would be a jazz singer.  Years later, jazz became imprinted by the one hour a day I listened to it when overseas,  played on AFRS radio.  This was where my heart and my soul lived, where I came alive.”               Barbara Montgomery--international jazz musician and recording artist, composer, arranger, lyricist, music industry executive, music producer and publisher, film and television director/producer, Neo-renaissance woman.       Music has given Barbara the platform to use the universal language of music to connect with people of all ages, countries, and cultures.  Her first CD recorded in Los Angeles included west coast musicians Dave Weckl, Chuck Berghofer, and Michael Sembello.  Her relationship with jazz legend Chick Corea and his lyricist Neville Potter led to her third CD "Dakini Land" and was a springboard for the original songs on her fourth CD "Little Sunflower".  This endeavour blessed her with the gift of friendship, performance, and collaboration with the great jazz trumpeter Freddie Hubbard.       She has produced six CDs of her own, arranging and writing original material for five of them in collaboration with (among others) Steve Giordano ("Ask Me Now"), Barry Sames ("Dakini Land" and "Little Sunflower") and Aaron Graves ("Trinity").  "Trinity" was co-produced with pianist Aaron Graves, whose short list includes work with Stanley Turrentine, Cassandra Wilson, Dakota Staton, the legendary Jimmy Scott, and Oscar Brown, Jr.       Both “Little Sunflower” and “Trinity” were given the  Blue Chip Award for Best Jazz Vocals by the International Association of Jazz Educators.   Her music is on the radio form Japan to Slovakia, and she performed extensively in Eastern Europe as those countries were regaining their independence from outside influences, using music as a healing medium.      Her holiday CD, "Noel-One From the Heart" , a duet with pianist Tom Lawton, co-creator of Monkadelphia, was heralded as "a must for your holiday collection."       She produced the first solo CD of jazz master bassist Lee Smith that went to #13 on the national jazz carts, and was in the Top 100 jazz CDs that year.       She has been Music Director/Producer for fitness guru Richard Simmons since his work began the exercise video industry, producing the music for his videos, informercials and related material.  Overall, she has produced the music for over 40 exercise videos--including those featuring Jane Fonda and Shaun T among others--with music ranging from oldies to disco to Broadway to Latin, working in studios from New York to Los Angeles with hundreds of world class studio musicians.       She has produced music for dozens of television programs for celebrities and has provided music supervision for award winning independent films.  Included in the many live performances she has produced and performed in are The Philadelphia Jazz All Star Benefit, honoring George “Butch” Ballard, drummer for Duke Ellington (co-produced with jazz drummer Leon Jordan, Jr.), the multi-media, sixty piece jazz performance (created and co-produced by jazz pianist Barry Sames), "The Rhythms of Christmas", at the Philadelphia Kimmel Center honoring Ambassador Walter Annenberg, and an ongoing ser